Sometimes I worry about becoming rich.

Not seriously, obviously.  You don't just "become rich" on accident, so as long as I don't, say, start buying lottery tickets or writing Young Adult novels that capture the zeitgeist of an upcoming cultural wave, I should be pretty safe.

But I do get that startup itch from time to time (most recently Nodewood), and with enough work and time and luck, I could potentially parlay that into some serious money.  Maybe not Rockefeller serious, but serious enough to change my economic status permanently.

And that's when I start worrying.  There seems to be a pretty clear path of how a lot of people's ethics evolve along the path from rags to riches.  Some of the nicest people I've ever met were among the poorest, but when you hear about some billionaire doing something good, it is usually quickly drowned out by a chorus of "but check out all the exploitation necessary for them to earn those billions in the first place."  Which, you know, fair cop.

You could say that it takes an asshole to amass a billion dollars in the first place, and it's not that money changes them, but that the money amplifies the already-nasty tendencies. To a certain degree, I'm sure that's true.  But I've also watched it play out on a smaller scale with friends, peers, and public individuals in the startup space, and you can see priorities start to shift once they hit a really transformative MRR.

There's a saying that makes less sense these days, supposedly attributed to Winston Churchill, but actually much older: "Anyone who is not a liberal at 20 years of age has no heart, while anyone who is still a liberal at 40 has no head."  This, I believe, made a lot more sense in an age where you amassed wealth fairly reliably as you aged.  But the boomers were the last generation that were able to observe this trend.  Gen X, Millenials, Zoomers, we've all been watching that economic inequality index just rise and rise for a while now.

The further up you are on that index, it seems like the worse are the stories that seem to come out about you.  Trump, Epstein, Musk, Thiel - there's skeletons in all those closets, and for many of them, the closet door is wide open and we've been staring at those skeletons for a long while.  Pick any large corporation, and you'll likely find them funding the most vile political campaigns out there - not because their corporation especially stands for that politician or their ideals, but because there's a material advantage to having supported the winning candidate, and ideals are worth less (to them) than money.

Even the act of being a billionaire is just an incredibly evil act.  Amassing that wealth in the first place is morally wrong.  I don't think anyone needs to be shamed just for making or saving money, or providing for their family, or setting themselves up for a safe & comfortable retirement, or even just enjoying some luxuries.  Not all of life should be about barely scraping by, or what's the point of striving, of living?  But at a certain point, you have to look at your wealth and realize that it is excess.  And that excess could be doing good in the world.  It could be literally saving lives, by investing in food security programs, housing programs, treatment programs, etc.  Choosing instead to hoard that excess wealth means you are effectively depriving people of food, of shelter, of health, of life.

I play the lottery from time to time, largely as an excuse to daydream about how I would spend the money.  In my daydreams, I travel the world, I relax on white-sand beaches, I buy my friends and family houses, I throw parties, all kinds of wild luxury.  But my actual plan, were I to actually get the winning numbers, is to donate the vast majority of the money immediately to registered charities and social programs.  The jury's out as to whether winning the lottery makes you happier or not, but I couldn't in good conscience hold on to all that excess wealth knowing people were starving, homeless, and sick.

Or could I? A lottery's a lot easier to theorize about, because it's clear and obvious. I wouldn't have had the money for a long time before the choice to give it away came up, so it wouldn't have had a lot of time to work its way against me.  I like to think I have a fair shot of making those donations.

But a startup is different - it takes work and time and luck to have a business pay off.  Your wealth tends to build slowly.  Overnight successes are typically ten years in the making.  Along the way, that ever-building wealth changes your concerns.  At what point does that change become catastrophic to your morals?  How can you even tell? 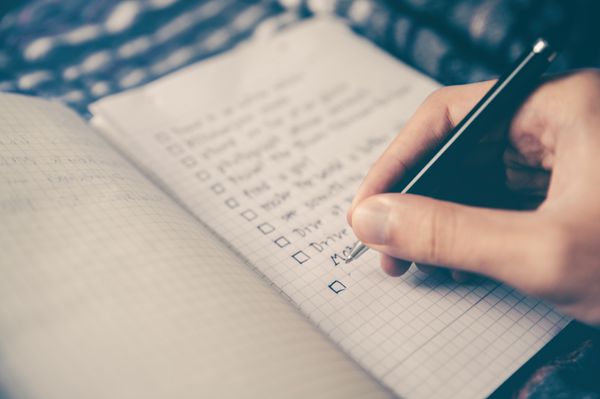